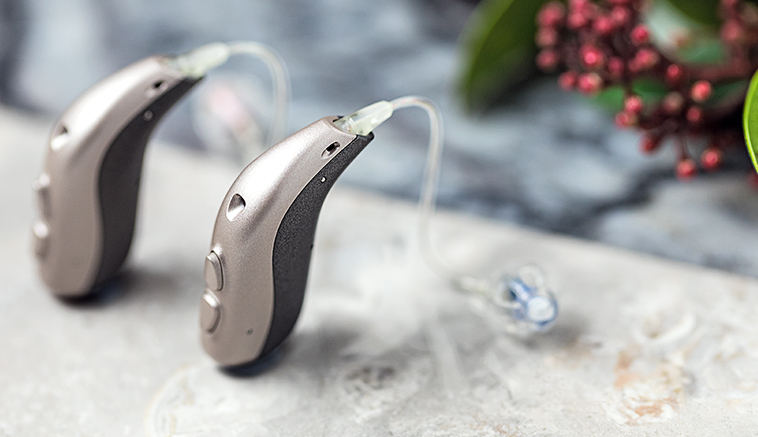 From an ear trumpet in the 17th century to invisible hearing aids in the 21st century hearing aids has come across a long way. During 13th century those with hearing loss were using hollowed out the horns of animals such as rams and cows as their primitive hearing aids. Modern Ear Trumpet was invented in the 18th century, which are funnel shaped design and it was the first attempt at inventing a device for treating hearing loss. They actually didn’t amplify sounds, but they work on collecting sound and funnelling it through a narrow tube in the ear basis. Invention of the telephone had a tremendous impact on the development of new hearing aids.

People start realizing that their hearing ability is better when they communicate through telephone receiver as compare to talking in person. Later in 1921 vacuum tube hearing comes into existence and they were able to increase the sound levels by many decibels. But the real problem with these hearing aids was its heavy and bulky size. In 1938 first truly wearable hearing aid comes into existence by Aurex which consists of ear piece, wire and receiver which can be clipped with wearer clothes.

As the technology is developed very much after the Second World War so in the late 1940s the production hearing aids with batteries and circuit boards comes into existence. But as the pocket unit connected with earpieces with wires it makes them less appealing in the market. In 1948 when Bell Telephone Laboratories invented the transistor smaller hearing aids comes into existence. Capitalizing on the new technology, one of the first hearing aids to be worn almost entirely in the ear was invented in the late 1950s by Otarion Electronics. Slowly and steadily hearing aid manufacturers start manufacturing transistors out of silicon, which results in shirnkness of hearing aids.

Considerable improvements have been shown in the hearing aids with the use of digital sound processing techniques. Hearing aid technology upgraded to digital signal processing (DSP) in the mid-1990s, which means that they were much smaller in size and had far better sound quality along with superior amplification capabilities. The new digital hearing aids like ZERENA series from Bernafon are fully programmed and are capable of amplifying millions of sound signals very effectively.

Finally the hearing aids we have today are fully technology upgraded, much smaller in size and far more powerful than their predecessors. They can easily adapt themselves with surroundings with the help of digital technology and can be linked to Bluetooth wireless and mobile phones also.